FacebookTwitter
Behind the scenes, Blog, Externship, In the news, personable, Veterinarians
No Comments 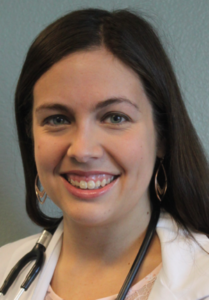 Kimberly is from Atlanta, GA. Currently, she studies at Purdue University in Indiana. She has been working in the animal care industry since she was 16. However, as a child, Kimberly was scared of all animals. “People that knew me as a child would never had thought that this is where I’d be today.” She said. It was not until she got her first dog, a Dachshund named Brownie, that she began her work at a local vet clinic. She started working as a Kennel Technician and progressed to being a Vet Technician.

Kimberly was attracted to Craig Road Animal Hospital for the diverse workload. She loves the advantage of working in a general practice facility that will give her experience on several different levels of animal care. She is looking forward to working on more advanced surgical practices and medicinal properties associated with the general workload.

Kimberly is a proud mother of 3 dogs; two Dachshunds named Brownie and Snickers, one Pitbull mix named Cindy. She is also in the middle of adopting a young black Labrador. In her spare time, she loves getting together with friends and family, hiking, camping, running, and fitness classes. This is her first time on the West Coast and she has already visited Disneyland.