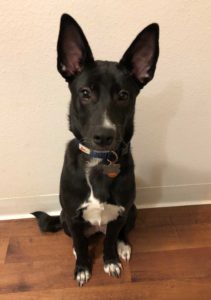 Nova is a German Shepard & Labrador mix. In November of 2017, she was seen running under the car, of what would become her new owners, in the parking lot of Wal-Mart. She was so scared it took some time to get her out from under the vehicle. 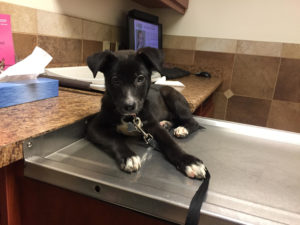 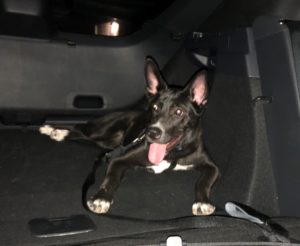 Nova spends her time going for walks and visiting with her best friend that lives up the street, a husky named Shadow. She also loves playing with her owner’s nieces and nephews and napping on the couch. Nova is spoiled, with her favorite treats being duck jerky and milk bones.

Nova is not the scared puppy she once was. She is very protective of her family, and thanks to her saviors, Nova’s story has a happy ending and Nova has a forever home.

Congratulation to Nova for being our pet of the month!