FacebookTwitter
Behind the scenes, Blog, Cats, Dogs
No Comments 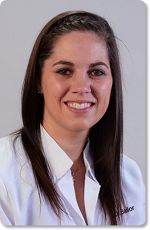 Veterinarian Katherine Ballor of Craig Road Animal Hospital discusses what you can do to help detect parasites in your pet’s gastrointestinal tracts. These invisible monsters can make you and your loved one very sick. The following are the most common parasites found here in North West Las Vegas.

Fecal tests are one of the easiest forms of preventative care for your pet.

It isn’t because we enjoy dealing with poop, it’s because it allows us to check your dog or cat for internal parasites. Parasites are fairly common and because they are invisible to the naked eye, a fecal check is the only way to detect them. The initial stages of infection often have no symptoms. Did I mention that many of these parasites can be transferred from your pet to those living in your household? Children, pregnant women, and immunocompromised individuals are at the highest risk of contracting these freeloaders. According to the Center for Disease Control (CDC), roundworms, initially contracted by dogs and cats, infect up to 14 percent of humans living in the United States.

The Companion Animal Parasite Council (CAPC) website tracks and shares infection rates by state and county. In Clark County, roundworms were found in 1 out of 111 dogs tested. Roundworms are usually found in poop or vomit and the adult worms resemble spaghetti. This parasite feeds on the intestinal wall of the infected animal. Puppies tend to be at the highest risk for this parasite. Deworming your puppy as early as six weeks old is recommend and we also suggest deworming any female animals before they breed and during their pregnancy.

Roundworm infections can come from eating infected small mammals such as mice, or drinking milk from a contaminated mother. Soil can also be a source of infection-particularly potting soil. The best way to help prevent the spread of roundworms is by picking up your dog’s feces regularly. Keep children from playing in the areas where animal feces are found to avoid possible pet to human infection.

Hookworm is another nasty parasite that can have a severe effect on your pet, and is potentially fatal in extreme cases. In Clark County, according to CAPC, hookworms have been found in 1 out of 170 dogs tested. Like roundworms, hookworms can also thrive in cats, and humans. There are three different species found in dogs and some can infect humans by simply migrating through the skin. Trust me, you don’t want these in your body. The hookworm gets its’ name from literally hooking itself to the intestinal wall. It feeds on your pet’s blood and tissues and can even detach itself to move onto another spot, leaving ulcers behind.

A hookworm attached to the intestinal wall [courtesy of CDC]

Most hookworms are passed through the feces and the larvae will hatch under moist, warm conditions. They can also be ingested when your dog licks the ground or grooms themselves where the larvae may be present. And as mentioned earlier, they can migrate through the skin, typically through the paws and stomach. Signs your pet may have an infection are weight loss, pale gums, diarrhea, and a bloody stool. To reduce the chances of contracting hookworm, pick up pet waste on a daily basis and keep areas where humans have direct contact to the ground clean.

Another common parasite found in Las Vegas is Giardia. This parasite can be transmitted to humans and is completely invisible by the naked eye. Giardia infection often shows no symptoms in most dogs until the later stages after the parasite has already colonized in the intestines. The parasite then feasts off of the intestines preventing the animal from receiving the nutrients it needs causing diarrhea and weight loss.

The diarrhea caused by a Giardia infection is frequent, urgent, and is often paired with a very bad smell and mucus. While Giardia, like all parasitic infections, is treatable, it can take a significant amount of time and be extremely frustrating due to the pet re-infecting itself while grooming. Your pet can initially get this parasite from drinking contaminated water, playing in parks, and from infected food.

Giardia is something that can only be diagnosed by a veterinarian from a fecal sample. This parasite often infects puppies and is very common in dogs under three years old.

While there are currently no preventative vaccines for Giardia, you can help prevent contamination by always providing clean water when on walks and not allowing your dog to drink from natural sources. Also eliminate any standing water sources like puddles or drainage in areas around the home.

To protect your pet, and by extension your family, from parasites we recommend fecal examinations two to four times in the first year of life and then one to two times a year after that or at any time you suspect your pet may infected. The fresher the stool sample the better the results! A same day sample is preferred. We aren’t afraid of poop, so don’t worry about us. We just want you to have a healthy, happy pet. I cannot stress enough how important these tests are in preventative care for your loved one.