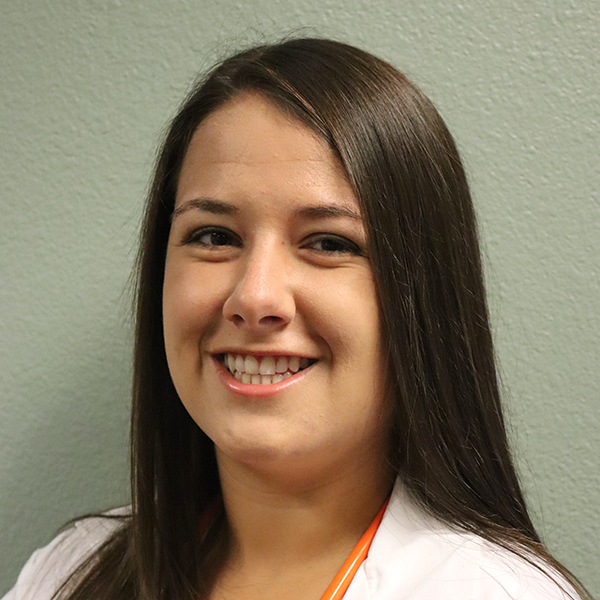 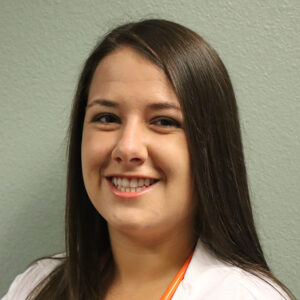 She is from the Pittsburgh, Pennsylvania area and is a third-year veterinary medical student at Ohio State University. She will graduate in 2023. Caley said she knew she always wanted to work in a scientific field and planned on going into human medicine at first. When she shadowed a doctor in middle school, she decided human medicine wasn’t for her and thought about changing her focus to animal medicine instead.

“My parents weren’t thrilled about it, because it’s stressful and can get a little gross,” Caley said. “They sent me to the vet for the day and when I came home, I was like, ‘This is it! This is what I’m doing!'”

Growing up, Caley had cats and dogs. She said her father is an avid Beagle lover, and the rule was they could have as many dogs as they wanted, so long as they were all Beagles.

She received her Bachelor’s degree in Biology with a minor in Chemistry from Malone University, located in Canton, Ohio. Caley enrolled at Ohio State shortly after. Some of her work experience includes working at local animal shelters. She also volunteers as a youth baseball and softball coach for little league teams. Caley said she wants to become a general practitioner once she graduates from Ohio State, and enjoys dermatology and dentistry.

She heard about the externship program at Craig Road during an externship fair during her first year as a veterinary medical student. Caley said she was also looking for animal hospitals in the Las Vegas area since her boyfriend attended the University of Nevada, Las Vegas, and would fly to Las Vegas to visit him.

Caley said she’s most excited about getting experience at a general animal practice and seeing how differently animal medicine operates in a desert climate versus a more temperate climate.

“Out here, there isn’t much Heartworm and Lyme disease as there is in Ohio, and out here, there’s more Parvo and Foxtails, so it’s really interesting seeing how different things are here,” she said.

In her spare time, Caley enjoys staying active and is training for a marathon that’ll be held in October in Columbus, Ohio. She also enjoys cooking and is trying to teach herself Spanish. She currently doesn’t have any pets of her own but said she personally loves Greyhounds and would love to rescue a couple from the racetracks.

Welcome to the team, Caley!