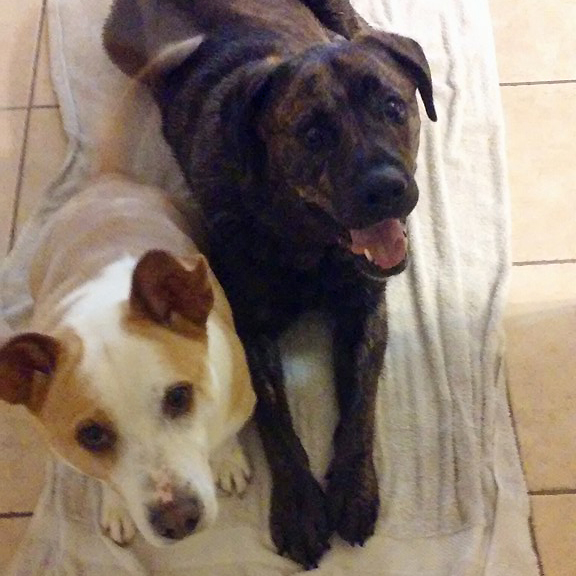 Pet of the Month
No Comments 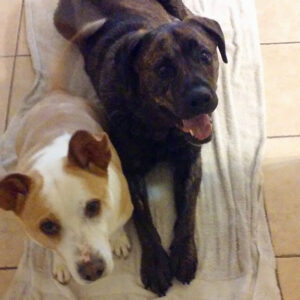 Our first Pet of the Month for 2021 is Clover, a boy who’s gone through many ups and downs, but still brings joy to his owner’s life!

“When I adopted him, I hadn’t had a dog since my family dog when I was a kid,” Clover’s owner said. “I was looking for a medium-sized mutt to be a hiking partner and share in other outdoor adventures in Tahoe, where I lived at the time. I scoured rescue sites looking for the right fit, did home visits with foster families and nobody seemed right, then I saw his picture online and the description about his behavior had me hooked.”

Clover was described as sweet and very trainable/biddable, which was what Clover’s owner was exactly looking for.

“When I met Clover it was love at first sight,” Clover’s mom said. “He literally sat in front of me, looked into my eyes, and decided that I was his. I could not leave him. Of course, after I got him home, I realized what sort of trauma this guy had been through.”

Clover wasn’t used to being indoors and was scared of everyone except his new owner. Clover would look for ways to escape if anyone moved too quickly and had terrible separation anxiety. He would chew through doors, rip up rugs, eat his way out of kennels and crates, and dig holes trying to get to his new owner.

“I cried every day for the first two weeks that I had him and I called the rescue group in shame, asking to return him,” Clover’s owner said. “Thankfully, the volunteer I spoke with reassured me that if I needed to return him I could, but that she thought I could work with him to help him get past all that.  It took two years of desensitizing and training to get him to be okay around other people, and twice as long to get him to be okay being left alone. At the time it felt like work, years later, I wouldn’t trade a moment of the time I had him for the world.”

Clover is an older dog now and has the typical pains and aches that a lab/lab mix gets, like arthritis. He visited Craig Road Animal Hospital in October 2019 because he just wasn’t able to move around like he used to. An old injury was causing him a lot of pain, and even though Clover’s mom put non-slip rugs all over the house, he would still lose control of his back-end and need help to get up.

“The staff at Craig Road was so nice, they had so much empathy and sympathy for me that I immediately felt like he was in good hands,” Clover’s mom said. “I know he was scared, but I also felt that everyone there would do their best to help him feel as safe as they could.”

Clover was beginning to improve when his owner found an abscess on his abdomen. She booked an appointment at Craig Road right away.

“We saw Dr. Trujillo and I was not disappointed,” Clover’s mom said. “She and all the staff at Craig Road took such good care of my Clover! A few days later, it was another trip with Mr. Clover, who decided to wriggle around in his e-collar and rip the drainage tube from the abscess. We also needed to address the issue of the large rock in his stomach that was discovered in x-rays. At this point, I was completely ‘over-it’ with vet visits. Still, the staff took such good care of my boy, and everyone was so nice to me, I can’t complain about going to Craig Road.

“Thank you all for taking care of my babies, they mean the world to me.”

We were happy to help Clover and we’re also glad that he’s doing much better!