FacebookTwitter
Behind the scenes, Blog
No Comments 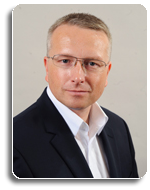 It has been an interesting week…

A test redecorating of one of our boarding suites went well. Everyone seems to agree the new color scheme is a big improvement. The rest of the suites are due to be painted this week.

One of our new infographics for our walls, however, hit a snag. A technical issue with the image quality meant a last minute scramble to find higher resolution images. We also had a similar issue with the pet images and captions that were featured on our Facebook page. We think all of this is now resolved and we are looking forward the infographics being installed and getting the proofs for the captioned images.

A press release about the open house got one of the local TV stations interested, and we had a last minute scramble when we thought they may be visiting the next day. Plans have changed, however, and we are hoping to have them coming through later this week. Lots of excitement about having them come through but also a lot of nerves.

The most visible new thing for the open house last week was the new banner going up on the front of the building. We think it looks great! 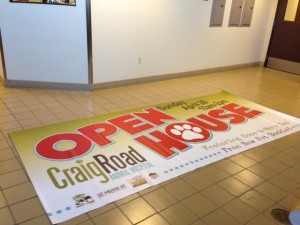 Our open house banner just arrived from the printers.

We also had another vendor confirm: Colossal Canine Care, who rescue large breed dogs and we work quite extensively, with have confirmed that will have a booth. Colossal Canine Care join our other vendors for the open house; Vegas Shepherd Rescue, Las Vegas Labrador Rescue, Trupanion Pet Insurance, Sit Means Sit dog training, and our sister hospital: Lone Mountain Animal Hospital. 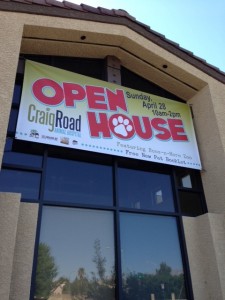 Our open house banner in place on the front of the Craig Road Side of the building.

We also managed to confirm our fencing vendor after a few missteps. However that job new seems to be off the list and taken care of.

The main job new job for this week is the tour script and polishing off the surgery video we want to have running on a loop during the open house.

See you next week… 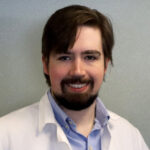 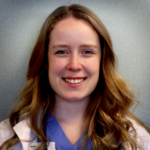 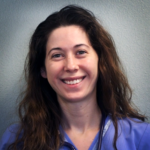