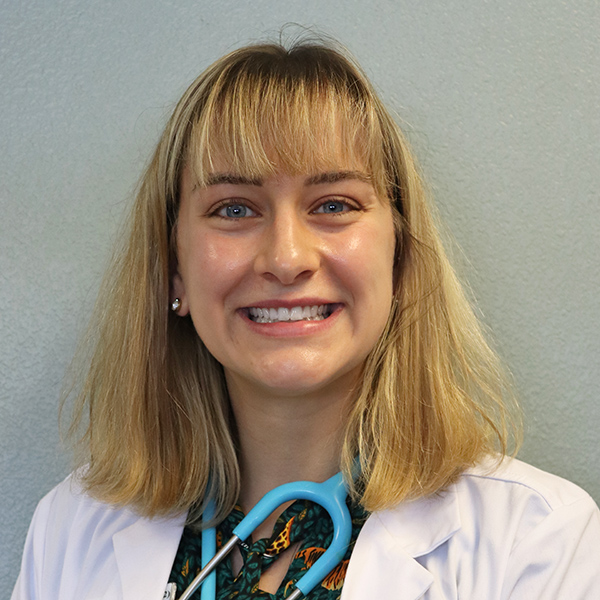 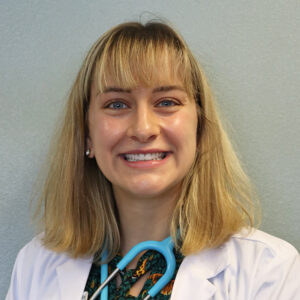 Meet EmmaKate, one of the newest externs to join the team at Craig Road Animal Hospital!

EmmaKate is a fourth-year veterinary medical student at the University of Pennsylvania and will graduate in May 2022. Growing up in Greensburg, Pennsylvania (a small town just outside of Pittsburgh), EmmaKate knew she wanted to work with animals. When she was in high school, she began shadowing a veterinarian at a mixed animal clinic. EmmaKate worked as an assistant, helping the staff with a little bit of everything.

“On my little ‘When I Grow-Up’ poster that I made in kindergarten, I drew a picture of a veterinarian,” EmmaKate said. “So, I always had this idea of working as a veterinarian, but I didn’t really know what that meant until I was in high school.” She added that she watched a lot of the Animal Planet channel growing up, which further inspired her to pursue animal medicine.

After graduating high school, EmmaKate attended Wake Forest University in Winston-Salem, North Carolina for her undergraduate degree before relocating to Philadelphia for vet school. According to EmmaKate, she knew she wanted to work with small animals, but also enjoyed working with larger animals, such as horses and farm animals. She said that after she graduates, she would like to work for a clinic that caters to small animals and exotics.

Some of her volunteer work includes working in shelter medicine. EmmaKate has also volunteered in zoo medicine with the Marine Veterinary Program in Mexico. She worked with dolphins, sea turtles, and manatees while in Mexico.

EmmaKate heard about the externship program at Craig Road from her class president who attended an online job fair. She said the program at Craig Road interested her the most because she had never worked in a large veterinary practice before, and wanted to learn more about how a larger practice functions. EmmaKate is interested in soft tissue and orthopedic surgery and emergency medicine but said she’s keeping an open mind because almost everything in animal medicine interests her.

In her free time, EmmaKate enjoys taking her dog, a Pitbull named Popsicle, to local dog parks and exploring the food scene in Philly. She enjoys playing the piano and does some songwriting, plays in an adult soccer league and an ultimate frisbee league. In addition to her dog, EmmaKate also has two red ear slider turtles named Bonnie and Clyde.

Welcome to the team, EmmaKate!