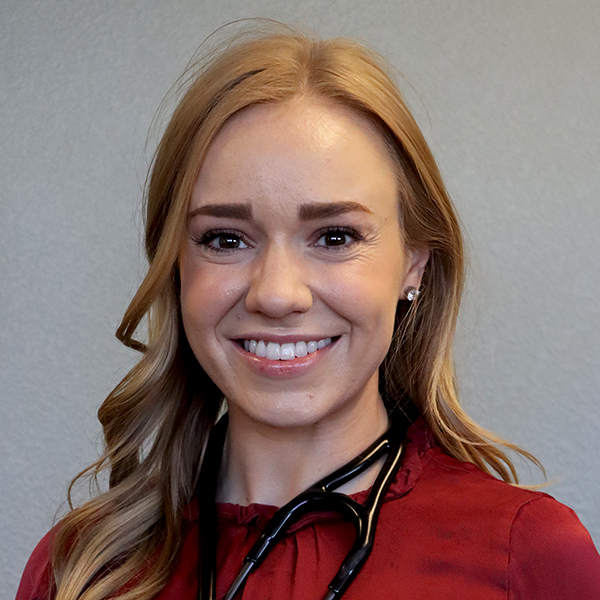 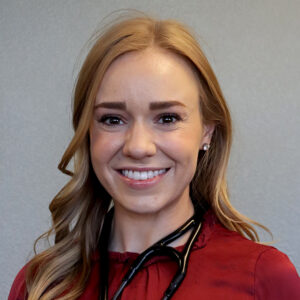 Karissa is a born-and-raised Las Vegas native. Growing up, her family was friends with Dr. Bullard while he was at Lone Mountain Animal Hospital, and was someone Karissa looked up to.

“We had dogs that had weird diseases that I got interested in and it just clicked one day for me,” she said.

Karissa said she’s always was interested in science and originally thought of going into human medicine, specifically neurology. While attending the University of California, San Diego, Karissa shadowed a neurosurgeon and decided human medicine wasn’t for her. She said she switched her focus to animal medicine, and things began to fall into place from there.

After completing two years at San Diego, Karissa transferred to the University of Nevada, Las Vegas [UNLV] to complete her pre-veterinary medicine requirements. Currently, she’s a fourth-year student at Ross University at St. Kitts in the Caribbean and is completing her clinical year at Iowa State, and will graduate in January 2021.

While at UNLV, she was involved in a feral cat clinic that involved capturing feral cats, and spaying or neutering them before releasing them. She also helped with other spay and neuter services hosted by Ross University. Karissa said she’s most interested in surgery.

She said she heard about the externship program at Craig Road during a school presentation and was immediately interested. Karissa is most looking forward to applying what she’s learned in the classroom into a real-life experience.

In her spare time, Karissa enjoys going to the gym as a stress reliever, and her three dogs – Kai, Illiana, and Dell – also keep her busy. She also has two Chinchillas named Tater and Tot.

Welcome to the team, Karissa!