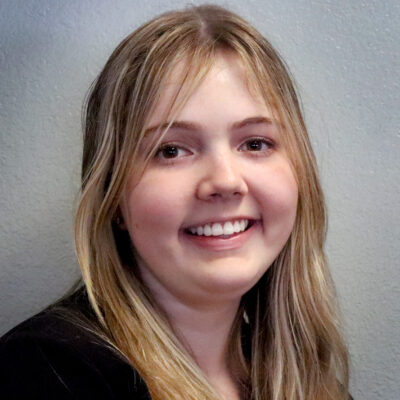 Maggie was born and raised in Phoenix, Arizona and although she grew up with many pet dogs, she hadn’t considered becoming a vet until she applied for her freshmen year of undergrad at the University of Arizona, in Tucson. She decided to go into pre-veterinary studies primarily because she loved animals and science. As the year passed, Maggie found herself increasingly loving the field. When she started shadowing at her local animal clinics, she was sure the veterinary career path was for her.

Maggie spent her entire life in Arizona and she wanted to experience something new. When she toured Purdue University in West Lafayette, Indiana, Maggie took an instant liking to the school. Maggie is a part of the class of 2025.

During a career fair at Purdue University, Maggie ran into a booth from Craig Road Animal Hospital that went into depth about the externship program it offered. When touring the facility, Maggie was impressed by the sheer scale the hospital was capable of. “All of the clinics I shadowed at were small with, maybe, three or four exam rooms and three doctors. It’s like everything needed has been thought of,” she said, “Many of the common problems you find at other animal clinics aren’t an issue here.”

In her free time, Maggie plays the saxophone and even strived to become a musician before she went into the veterinary field. She often participates in music programs while in school.