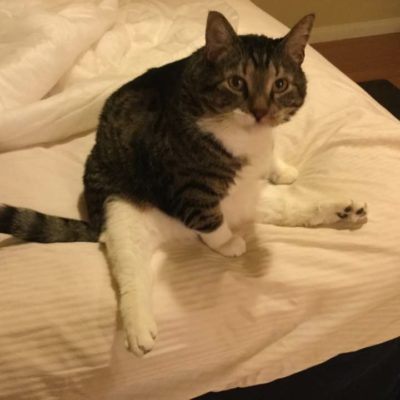 Gabriel is a black, white, and gray Tabby. His mother found him in the bushes outside a bank when he was just a kitten. Now he is thirteen years old but still has a nonchalant and laid-back attitude. He enjoys to love and cuddle, but on his own terms. 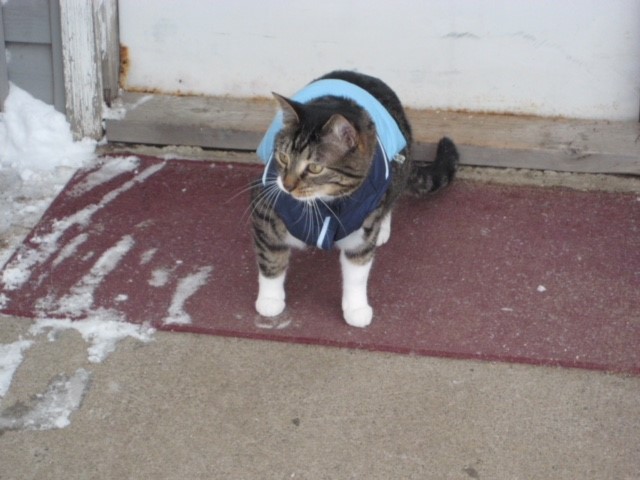 Gabriel enjoys sunbathing on a warm blanket in the grass. He also loves gazing at the fish tank in his spare time. He enjoys getting his head rubbed and being petted when he eats, and he will meow constantly until it happens. He accumulated ten nicknames over the years and answers to every one of them. This cat will notify you when he is annoyed by thumping his tail. 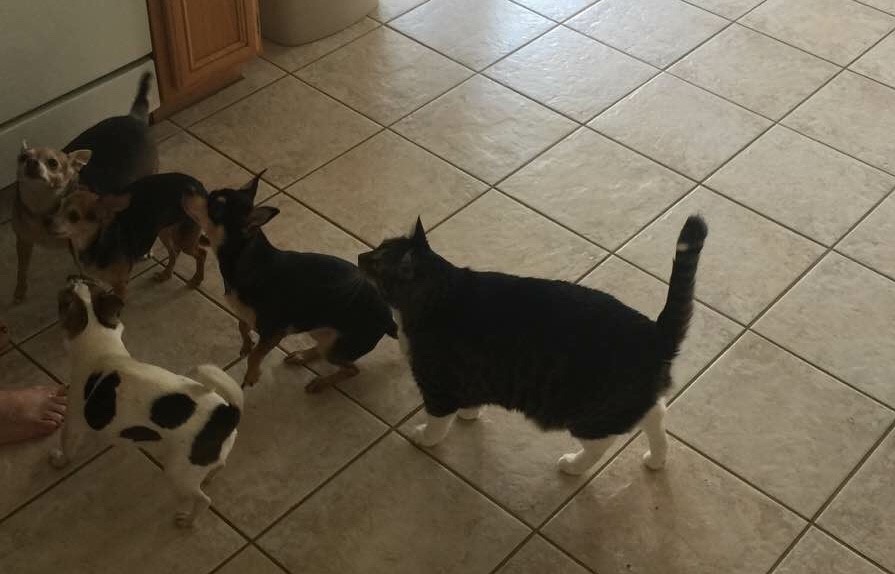 His mother loves showering Gabriel with his favorite treats which are; Temptations and chicken breast jerky from Fido’s Kitchen. His mother believes him to be her soul child. He has her wrapped around his finger and doesn’t plan on letting go anytime soon.

So, congratulations to Gabriel for making July’s pet of the month!