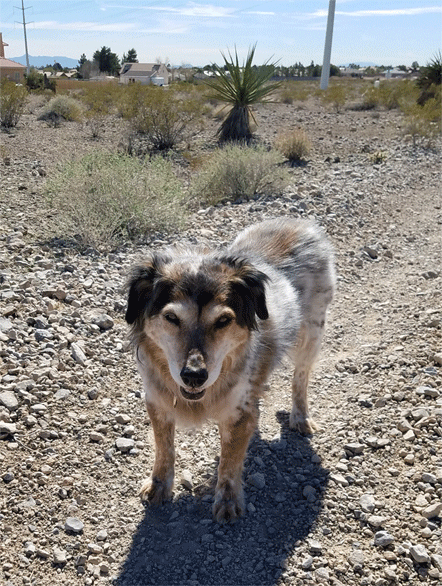 Pumpkin is an 11-year-old Border Collie mix. She is especially loyal and intelligent. She loves learning new tricks, but that comes with a price of one treat per trick. Amongst Pumpkin’s favorite treats are: carrots, apples, cucumbers, and her kibbles treats. She loves all the attention she can get from her mother, being groomed, and going for her daily walks. She has three siblings and has learned to tolerate them over the years.

Recently Pumpkin paid us a visit, and this is the client review from Christy, her owner: 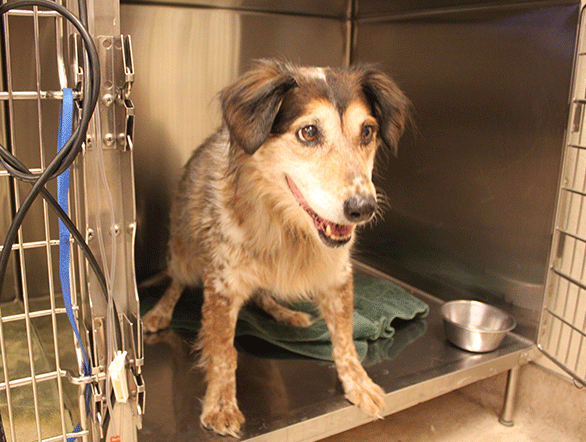 “I brought my 11-year-old dog in to have an endoscopy performed as she had eaten something that was lodged in her stomach. The x-rays indicated it was multi pieces of something. I had found a chewed-up toy of my grandsons which was hard plastic and so we knew the pieces could be sharp and jagged. When the foreign objects in the stomach were identified they also noticed a very large tumor on the liver that was likely cancerous. For that reason, I didn’t want to put her through stomach surgery but felt the endoscopy was worth a try. Dr. Mychajlonka was very supportive of my decision and did not try to change my mind or talk me into more expensive stomach surgery.

After attempting to extract the pieces for over an hour he called and reported there were many, many pieces of a hard-sharp object that they had not been able to get through the esophageal muscle. It looked hopeless and we decided to have her euthanized. It was agreed he would work on her for 30 more minutes only then euthanize her if there was no success. unbeknownst to me 3 hours and 23 minutes later they had removed all the pieces successfully. I had already consented to euthanasia and the cost of the procedure, they had nothing to gain by continuing to work on her for 3 and a half more hours. Three doctors, Dr, Mychajlonka, Daniels, and Tampira took turns and assisted each other as it was such a complex and long procedure. They didn’t have to continue working on her, I thought she was already gone. I am astounded by their commitment and caring. I know there is concern that some vets play on your emotions and attempt to suck you in for expensive procedures but the opposite occurred here. I get to take her home tomorrow. Thanks doctors for your tenacity, caring and willingness to keep trying.” 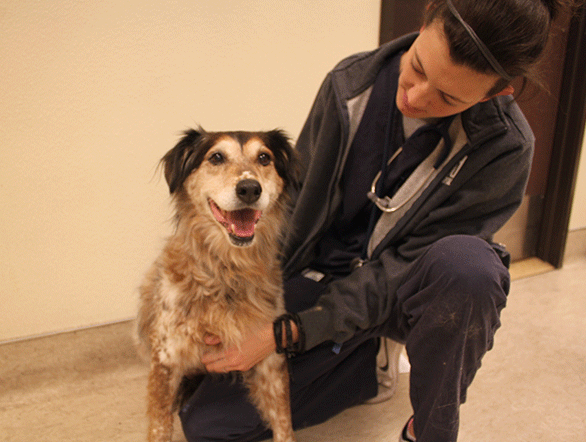