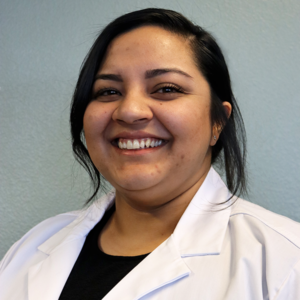 After graduating high school, Kimi went on to attend Boston University where she obtained her Bachelor’s in Psychology. Initially, Kimi wanted to go into the medical field but hadn’t considered animal medicine until her second year of college. She shadowed her uncle who owns a veterinarian clinic in California and decided that was what she wanted to do.

“I was around health care, and I knew I wanted to get into health care, but I knew I didn’t want to be a human doctor,” Kimi said. She explored other human specialties before settling on animal medicine.

Aside from her uncle’s practice, Kimi has also volunteered with The Animal Foundation and a horse shelter in Sandy Valley. She also worked at a small animal practice in Beverly Hills. Currently, Kimi is a third-year veterinary student at the University of Pennsylvania.

Going into veterinary school, Kimi said she’s most interested in shelter medicine, dentistry, neurology, and small animal medicine. Heading into her externship, Kimi is looking forward to seeing how a large private practice works; she wanted to see how clinics operated in Las Vegas.

“It’s a really large practice, which I’ve never been a part of,” Kimi said. “This is my first clinical rotation, so I’m a little nervous, but also very excited.”

In her spare time, Kimi enjoys reading, hiking, and listening to audiobooks and podcasts. She also enjoys exploring the food culture in Las Vegas and watching T.V.